How Does Cocaine Change Someone’s Personality?

Although it may come as a surprise, cocaine, like many other illegal, street drugs, has a significant ability to change a person. While each drug has its own intended effects, they all have an addictive quality, and they all impact the brain. Cocaine, specifically, can change the way the brain works, which can then change someone’s mood and even personality. Read on to learn more about the signs of cocaine use and how they affect a person and their personality.

Addiction to any drug, including coke, can be difficult to overcome. However, lasting sobriety is possible with the right help. If you or a loved one are suffering from an addiction, give us a call at 706-480-8733. Our addiction specialists are available and ready to help find a treatment program that is right for you. Let us make this demanding process a little easier for you. 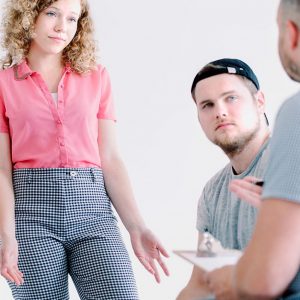 Effects and Side Effects of Cocaine

Both freebase (crack) and powdered cocaine share a series of effects. These immediate and long-term effects can teach one the signs of use and also inform one of how it changes a person. When ingesting either form of cocaine, the effects are felt almost immediately. Whether smoked, snorted, or injected, it is instantly introduced into the bloodstream, which carries it to the brain.

Once in the brain, the short-term, well-known effects of cocaine kick in:

These changes in behavior and mood are the immediate symptoms of cocaine use and its effect on one’s brain. Other cocaine use symptoms include some physical signs as well, not just emotional and behavioral.

Some physicals signs someone is doing coke are:

As a toxin and a stimulant, coke use has an immense short-term and long-term impact on the brain. When a person ingests cocaine, the brain reacts by releasing certain chemicals and firing certain neurons, which is how the high is felt. One reaction that specifically occurs during the use of cocaine is the release of dopamine. In short, dopamine is a chemical that is released in the brain as a response to pleasure; it is where feelings of happiness and satisfaction come from. This includes the intense happiness that can come as an effect of cocaine use. However, the way cocaine and other illegal drugs stimulate the brain to release dopamine can be harmful in the long run.

Although dopamine makes a person feel good, happy, and satisfied, the release of dopamine through routine drug use is dangerous. Stimulants like cocaine can effectively alter the way in which the brain releases dopamine. According to the National Institute on Drug Abuse, when a drug is abused, it can stimulate 2-10 times more dopamine release than other, more common pleasures like a hobby, food, or even sex. The flood of dopamine that is released during drug abuse creates the high; however, the brain adapts to this overstimulation and release of dopamine. In response to extensive substance abuse and overstimulation, the brain loses its ability to produce and release dopamine naturally. Because of this, a person’s dopamine levels drop, which creates cravings and symptoms of withdrawal. These can ultimately lead one to further addictive behavior.

Responding to Stress and Decision Making

While cocaine’s effect on dopamine release is alarming enough, it is not the only part of the brain that can be dramatically affected and changed. Cocaine can also impact the brain’s ability to respond, cope, and deal with stress. According to research from the National Institute on Drug Abuse, the pathways in the brain that understand action and reward, and the pathways that understand stress overlap. With an addiction, the relationship between action and reward becomes warped, especially with a substance like cocaine, which can deliver a near-instant high. In tainting this relationship, the brain essentially rewires. It is more inclined to opt for a little action for a big reward; in other words, it is more inclined to desire cocaine for large dopamine releases. Because of this, when one is confronted with stress, they also become more likely to opt for cocaine as stress relief.

Another one of the cocaine use symptoms can be spotted in examining how cocaine can affect one’s decision-making. As the National Institute on Drug Abuse cites, there has been research on animals that indicated cocaine negatively impacts the functioning of the orbitofrontal cortex (OFC). The OFC is a part of the brain that is responsible for decision-making. It takes in information, processes, and guides one’s actions. Research has shown that those who damage their OFC are often more impulsive. While damage to the OFC can occur in a number of ways, extended substance abuse with drugs like cocaine can cause damage to the OFC and weaken one’s decision-making ability and impulse control, which can make a sizeable impact on their personality.

Despite being a stimulant, there are immense highs but even more severe lows with cocaine. As previously mentioned, the use of coke causes overstimulation of dopamine to be released in the brain. In doing this often and over extended periods of time, the brain’s ability to release dopamine becomes damaged. To account for all the extra dopamine being released, the brain has to adapt by making it more difficult to release dopamine. In turn, this means that most daily tasks that once brought a person pleasure and satisfaction will no longer do so. Activities that once promoted healthy, sustainable amounts of dopamine to be released no longer bring about any happiness. Without dopamine releases, symptoms of depression settle in.

In general, depression is one of the more noticeable and harmful cocaine addiction signs. While there are many signs, as mentioned, sudden mood swings from depression to unbelievable but fleeting happiness can be one of the easiest signs of cocaine use to spot. If a person tends to exhibit symptoms of depression most of the time but then has sudden bursts of happiness, they may be suffering from substance use disorder and using cocaine. However, these mood swings can be harmful and lead to further damage to the brain. By prolonging the abuse of cocaine, the brain becomes more reliant on it for dopamine release. This can cause significant cravings and withdrawals when someone is not using cocaine, and sadly, these can lead a person further into depression.

Signs of Cocaine Use

Coke, like other illegal street drugs, is toxic. The use and abuse of cocaine can have an immense impact on the brain. As a stimulant, it causes overstimulation of dopamine to be released. This can make it harder for people to be happy while not using the drug. Cocaine can also create problems when one is confronted with stress and stressful situations. Without proper responses to stress and decision-making, one can more easily engage in addictive behavior. To make matters worse, cocaine addiction can become so consuming that one can fall into an immense depression when not using. When combining addictive behavior with cocaine, one can become an entirely different person: a sadder, paranoid, and indecisive person.

However, help is available. While addiction, especially a cocaine addiction, can be difficult to recover from, lasting sobriety is possible. If you or a loved one want to begin the process recovery, give us a call today at 706-480-8733. Our addiction specialists are happy to provide you with more information on addiction, treatment, and treatment facilities. Remember, you can overcome.

To speak with someone about your situation and get a free consultation, call Addiction Care Treatment Program at 706-480-8733 today!

What is a High Functioning Alcoholic (And How to Help Them)?

Drug Use in Older Adults on the Rise

Your best weapons on your way to recovery

Speak with a professional today. We can help you find treatment no matter your situation. Get a Free consultation now.